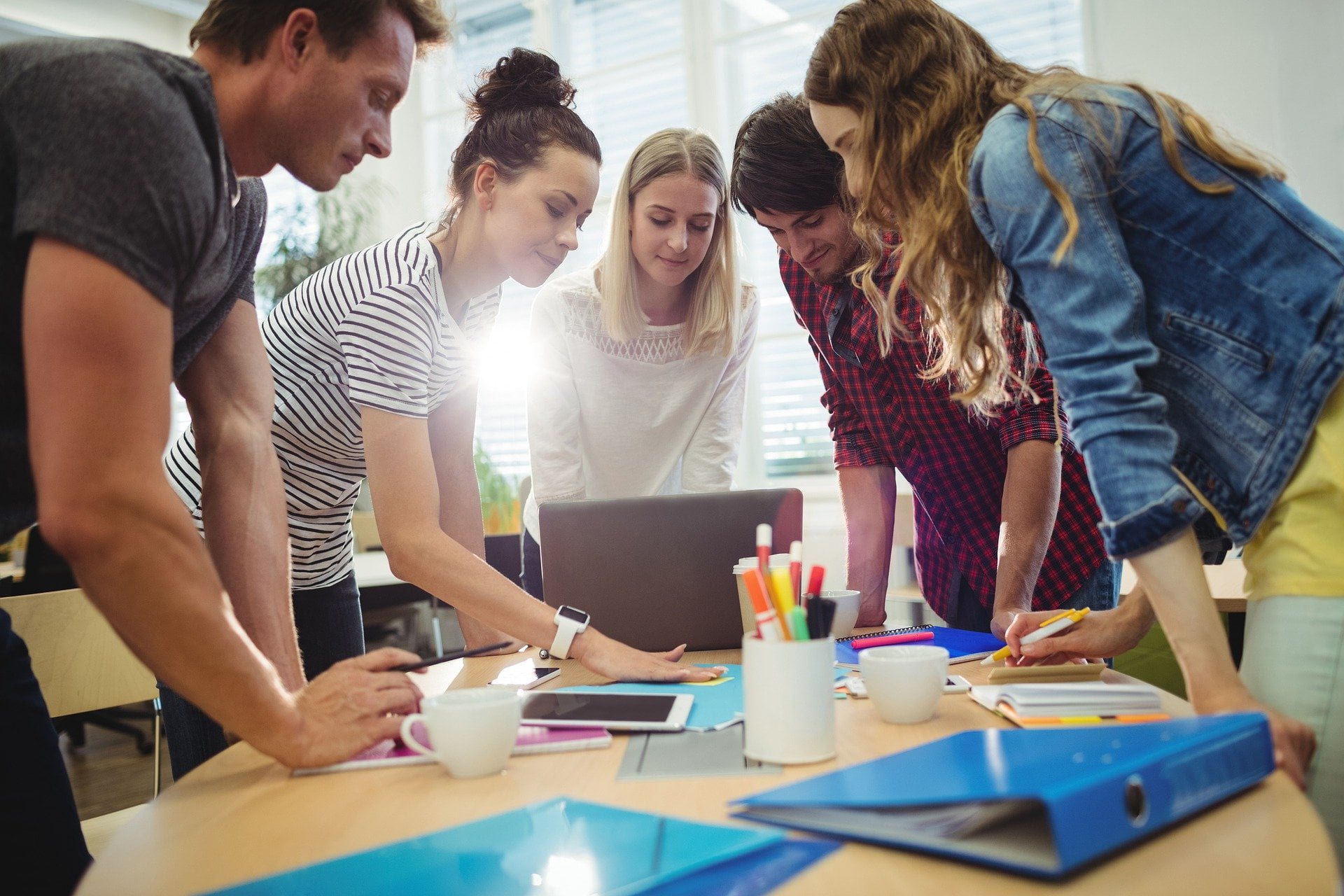 “Did you also experience FOMO on that Microsoft Teams meeting?” FOMO stands for Fear of Missing Out and is defined in the dictionary as: “the worried feeling that you may miss exciting events that other people are going to”. In the current environment where digital fatigue has become another symptom of COVID-19, you might think that the opening question is more of an oxymoron, an alluring figure of speech in order to capture your attention as a reader.

Since 4 March, is World Obesity Day, I want to let you in on a thought-provoking story whilst proving that the FOMO phenomenon is as real as it gets in the SOPHIA project  To the lost but curious reader, SOPHIA (Stratification of Obesity Phenotypes to Optimize Future Obesity Therapy) is an international, public-private research consortium that aims to improve obesity treatment and change the narrative around this chronic disease.

So, Henrik Agersø and Thomas Sparsø initiated the “VTB 2nd floor meeting” series to update their team on SOPHIA that they are part of. For lack of a better name, they referred to the Novo Nordisk building name “VTB” where they are situated. Their initiative, despite its unenticing title, has solicited a lively interest from across different departments and geographies to the extent that someone said, “Why haven’t I been invited to that meeting?”. The pout was clearly an expression of FOMO on the “VTB 2nd floor” meeting. (On that note, the organisers welcome all readers to suggest a better name for their popular initiative.)

Now, what is so worthy to write about an acronym like FOMO that is, one could argue, a social media phenomenon and a disease of our time. It is quintessential because it points at the infectious enthusiasm of people like Henrik and Thomas that can motivate other people who constitute the organisation and thereby the organisation itself. It is the secret ingredient to make innovation successful. Especially for patients living with obesity, innovation is imperative if we are to optimise the future long-term treatment of obesity that is a complex and chronic disease and to dispel the myth that it is only about weight management.

How does that work? What is “VTB 2nd floor” meeting’s” innovative contribution? An organisation needs to be ambidextrous. This does not mean that a CEO like Novo Nordisk’s own Lars Fruergaard has the ability to use both his right and left hand equally well – at least not to my knowledge. It means that the organisation should be able to balance the need to exploit current products and services to ensure short-term success whilst preparing for the future. This is not an easy act because these goals can be diverging and seemingly incompatible. How can a pharmaceutical company be committed to eradicate a disease whilst capturing market share of the drug that treats the disease at the same time?

Organisations take different approaches to balance such short- and long-term goals. What you often see is that one department is taking care of sustainability and social responsibility whist another is driven by pressing commercial KPIs. Organisational separation is a common strategy to cope with ambidexterity. What makes Henrik and Thomas’s story so different is that they, as individuals, are empowered to shift between these conflicting goals. Similar to the Google 80/20 rule that allows employees to attribute 20% of their time to explorative pursuits instead of regular business, preparing for the future gets integrated into the employee’s behaviour. Henrik and Thomas can bridge different goals, social as well as corporate, and integrate them seamlessly. Their “VTB 2nd floor” meeting is a portal that brings people in our organisation together. Not only in our own organisation but also externally as this set-up is also replicated in the other SOPHIA partners of which the majority provides in kind support to the project as well. Human connection is the birthplace for innovation and for SOPHIA that is better treatment options for people living with obesity.

Have you seen a time-lapse video that reveals the wonder of a germinating seedling that turns into a flower?  It gives you new appreciation of things that are always there but not considered.  If such a recording was to be made of the 5 year SOPHIA project, “VTB 2nd floor” meetings would visibly be a magnificent contribution to this IMI project’s development that no one should miss out on. And it truly deserves a new name to reflect this! Your suggestions are welcome.

Words matter: addressing obesity together Press Release- IMI SOPHIA partners with Maccabi’s research and innovation...
Scroll to top
We use cookies to improve your experience on this website. We never show advertisements, but do share content from third-parties (e.g. videos). Data about your interaction with the site is used to improve the content that we share. You can change your mind at any time by updating your settings. Please let us know if you agree.AgreeRejectPrivacy policy
You can revoke your consent any time using the Revoke consent button.Manage consent